Utpanna Ekadashi 30 November 2021, There are many fasts observed in Hindu scriptures, but the fasting which is considered as the most difficult and fruitful is called Ekadashi Vrat. Lord Vishnu is worshipped in Ekadashi vrat. This fast is observed twice every month.  Ekadashi fast is observed on the eleventh day of the Hindu calendar, the Shukla Paksha and the 11th day of Krishna Paksha. Thus there are 24 Ekadashis, but sometimes there are 26 Ekadashis.

In the month of November 2021, Utpana Ekadashi falls on 30th Day. By fasting on this day, the greatest of sorrows and troubles disappear from the life of man, and all the pleasures in the life begin to come into his life. Let us now tell you about Utpanna Ekadashi coming on November 30th.

The story of Origin of Utpana Ekadashi Fast

Vijaya Ekadashi 2022 - Ekadashi festival is a great festival celebrated in Hinduism. May this Ekadashi always give you victory in the struggle of life...

A positive and prosperous environment in your home not only increases your productivity but is also beneficial for your success and mental peace. ... 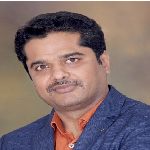