Why Meenakshi Amman Temple is so beautiful?

In front of this beautiful beauty of the Meenakshi Amman temple, the bigger building is faded. This temple of Mother Meenakshi is counted as the new Seven Wonders of the World. Let us tell just you that according to Hindu mythology, the king of Madurai had done austerity to make Mother Parvati happy and she asked for the boon that Mother Parvati embodied her daughter as a daughter. Mother Parvati did the same and became the daughter of the king in Meenakshi. Lord Shiva the also came to Madurai town of Sunderareswar in Tamil Nadu and get married to Meenakshi.

The construction of the temple (Meenakshi Amman Temple Architecture)

The Meenakshi Amman temple was built almost 3500 years ago, the temple was constructed in such a grand way that even today this temple is one of the richest temples of India. The architecture built in the temple and in front of different types of paintings defeats the new-age architectures. It is believed that the temple was built in the 17th century. In the temple, sculptures are made in place and its beauty has not been underestimated by the palace of any king house. The temple of Queen Meenakshi is famous in the world and there is also a holy lake here. Only by bathing, the sins of births and births are destroyed. Here, thousands of people come in and the highest number of devotees comes to Navratri and Shivratri. These days, there is a fair here, which is worshipped with the pomp and devotion of both Avatars and Bhavs.

The reliability of this temple is persistent for thousands of years. It is said that devotees get special benefits from worshipping Lord Shiva where worship is done. From here onwards, the devotees bring their miseries and with the help of Lord Shiva, they get rid of their miseries and sufferings. 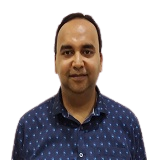