Holi is one of the most popular festivals in India which everybody waits for. Every year this festival comes in the month of Falgun and we also referred to as the festival of colours. This year Holi is going to be celebrated on Tuesday, 7th March. So let's understand the few facts and rituals of this auspicious festival.

If we talk about 2022 then it is going to be celebrated on Tuesday, 7th March. Let’s read about the auspicious time of Puja Muhurat of this festival. 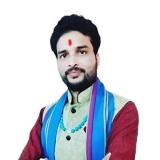