Sagittarius zodiac (Dhanu Rashi) is one of those zodiac signs, which is a knowledge seeker, they are optimistic, freedom lovers, often hilarious, clear-minded, intellectually honest. All these traits in Sagittarians help them have a lot of friends. The symbol of the Sagittarius zodiac is the half archer and half horse, being the last fire sign in the zodiac cycle, they are spiritual explorers.

Sagittarius is ruled by Jupiter planet, a planet that is known for its growth as well as spirituality traits. They are great motivators and can light up a dull room with their exceptional communication and magnetic personality, not just this with their amazing wit, they can attract love as well as real friends amongst themselves. Being always on top of conversations they should be aware of not being overconfident about their abilities and knowledge, as this could lead them to be arrogant on a few moments.

Being with Sagittarius is like a roller coaster ride, hence it is advised to have your belts on, being a mutant sign they are flexible and highly adaptive to change. Sagittarians are highly successful in the fields of teaching and pedagogical professions such as professors, journalists, trainers, content writers etc.

Sagittarius zodiac (Dhanu Rashi) has 60 Shashtayansh, one Shashtayansh is of thirty Kala which is of a half degree. Here are the names of the lords of 60 Shashtayansh are as follows, the lord of the first zodiac is Indumukh, second is Bhraman, third is Sudhaasayo, fourth is Atish‍it, fifth is Ashubh, sixth is Shubh, seventh is Nirmal, eighth is Dandaayut, ninth is Kaalaagn‍i, and the tenth Shashtayansh is Praveen.

There are a total of nine phases in the 108 phases of twenty-seven constellations (27 Nakshatras) in Saggitarius zodiac, a total of nine phases from the origin to Uttarasadha including the four phases of the original constellation which are the letters. Original 1 yeh, 2 yo, 3 bha, 4 bhi, Purvashadh 1 bho, 2 dh, 3 f, 4 dh, Uttara Shada 1 bhe. All these nine phases are of Sagittarius and each phase is of 3.20° (degrees). The lord of all the Nakshatra's is Jupiter. Sagittarius is the most powerful in the night, and hence it is also known as Raatribali. 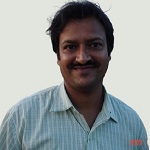