Have you ever been so busy that you wished you could clone yourself just to get everything done? That’s the Gemini experience in a nutshell. Appropriately symbolized by the celestial twins, this air sign was interested in so many pursuits that it had to double itself.

If you look at the zodiac sign of Gemini, it is a twin-faced symbol, and natives to this zodiac at times are often considered to be twin-faced, which is mostly falsely interpreted. As a personality, Gemini hardly has some hidden plans for people around. They are very playful and love socializing, meeting new people around. They can balance their social, personal and love life, altogether strongly. They find it easy to share their views and feelings with others easily. At the same time, they are passionate and very creative thinkers, they are good at driving new plans forward positively.

People who belong to the Gemini zodiac are very charming, they are versatile due to being the twin nature. There is a lot of curiosity among, the natives of Gemini zodiac and their wit and presence of mind are excellent. They treat people based on their behaviour with them; they are good to the good and bad for the evils. Therefore, many times, making friends without thinking are harmful to the people of the Gemini sign. Yellow and blue colour is considered to be auspicious colours for the people of this zodiac.

Let us understand the position of the planetary constellations of the Gemini zodiac?

Gemini is placed on the third place in the star circle, residing on the west Gemini, is a Sheershoday zodiac sign. In the star circle, this zodiac sign observed from sixty-one degrees (61°) to ninety degrees (90°). Zodiac sign of Gemini mirrors the posture of a woman, and the nature of the is considered dual-natured nature and cruel nature. Gemini has the Air element.

This zodiac sign is called Vayu Tattva and its lord Mercury and Varna are green. It is said to be the middle breast of the Gemini sign in the body of the Kaalpurush. The residence of this zodiac is recognised to be gambling, raati, viharabhoomi and the land where it can reside. This amount is considered to be the male gender and crew.

Now we come to the ninth month of Gemini. There are nine Navamshas of Gemini sign. A ninth is of 3 degrees and 20 is of growth. Venus, the lord of the first ninth, is Mars, the lord of the second ninth, Jupiter of the third, the Saturn of the fourth, also the Saturn of the fifth, Jupiter of the sixth, Mars of the seventh, Venus of the eighth, Mercury of the ninth.

Now let us talk about the Shashtayansh of Gemini zodiac (Mithun zodiac).

There are sixty Shashtayansh of Gemini. A single Shashtayanshhas 30 kala i.e. of half degree. The ruling lord is different for each Shashtayansh.

The lord of the first Satyashana, is Ghor, the Raakshashof the third, Dev of the third, the Kubera of the fourth, the Yaksha of the fifth, the kinnar of the 6th, the bhrashtof the 7th, the Kulaghan of the 8th, the Garal of the 9th, the Agni of the 10th Shashtayansh.

According to their names, all the Shashtayanshgiveseither auspicious or inauspicious results, based on the meaning and the characteristics of their names, people get different results. Hence these ruling lords for different Shashtayansh plays a vital role in people’s lives and are considered very important.

Gemini zodiac (Mithun Rashi) has 27 nakshatras, which has 108 stages, and within these 108 stages, there are in total 9 stages from Mrigash‍ira until Punarvasu. The two phases of Mrigashira Nakshatra are alphabets. In Mrigshirathere are 3 ka, 4 ki, Aardra1 Ku, 2 d, 3 ङ, 4 g, Puranvasuhas 1 k, 2 ko, 3 ha of Gemini. Each phase is of 3.20 degrees (3.20°). When we talk about the ruling lord in different phases of Gemini its different when viewed with Mercury. Gemini zodiac is known to be stronger at night, hence the natives to Gemini zodiac are most powerful in the night. 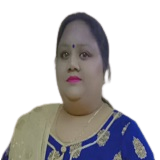