ICC World Cup 2019: The biggest tournament of cricket, ICC world cup 2019 is about to begin in a few days. India is also ready with all its weapons.  India will play with all teams as per round robin method. India will start its tournament by playing against South Africa which will be held on 6th June. There is no doubt that India will want to start its journey with a win so that its morale will be on the positive note from the beginning. But the thing which the Indian team needs to consider is that South Africa is a strong opponent and taking it lightly can be very costly to it. As stats show that South Africa has always remained ahead from team India in world cup matches played so far.

Till now the selected squad of Indian team looks quite balanced. Batsman, bowlers, fielders, an all-rounder. The only concern with the team is middle order batting because from last few months India had tried various combination for middle order but no combination has been succeeded. This loophole can cost badly for team India. Also with the absence of senior players like  Ambati Raydu and Ajinkya Rahane, Indian team is lagging behind.

Leading astrology portal Astroswamig brings you a prediction of this match. In this Astro prediction, we will examine the horoscope and stars of the captains of both teams. After examining we will predict that in which way match will move on and which player will perform exceptionally to bend the match `in his side. Know all detail about India vs South Africa World Cup match prediction.

As per horoscope of Virat Kohli, he was born on 5 Nov 1988. His birth time is 10:28 and his birthplace is Delhi.  The sun sign of Virat Kohli is Virgo. As per the position of the stars and planets in his horoscope, Budhh is present in Rahu. Presence of Budhh signifies that Feat of Virat Kohli will be very strong and he will fight till last to win the match, as he does in most of the matches he plays. There is a loophole also in the horoscope which tells that Chandrma is present in the weaker condition in 12th place.

He was born on 13th July 1984. His birth time is 12 pm.  His sun sign is Capricorn. In his horoscope, Shukra is sitting with Rahu and Rahu is present in a weaker condition. Also, the moon is sitting in the sixth position with mars in a very weak position.

If we talk about the result of the match then it is clear that it will go head to head and both teams will perform well from their side. The Indian team will have some edge of winning. If we talk in numbers then India will have 60% Chances of winning whereas South Africa has 40% chances of winning the match. There is one other major factor also which can affect the match which is the weather. The weather forecast is not much in favor and it can create hurdles in the match from time to time, which can change the course of the match.

This is all about the prediction of the match between India and South Africa from Astroswami experienced Astrologers.

If you are a cricket lover, Talk to our Best online Astrologer to get more info about Ind vs South Africa World Cup 2019 Match Predictions 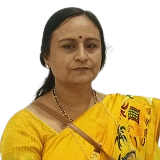